2020 was a unique year, so we wanted to review our favorite projects from each season. Which one is your favorite? 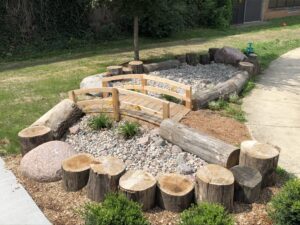 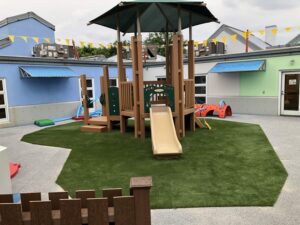 Educare is an early childhood center on Chicago’s South Side. We worked with Spaces for Play and installed Meyer Design and PLaytopia play equipment. This job encompassed 9 different areas and took almost 3 months to complete. We install both play structures as well as outdoor classrooms and seating areas. 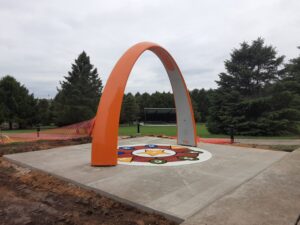 Green-Up had the pleasure to work with the Oregon Park District and Cunningham Associates installing a Sona by Yalp. This arch is the future wave of play equipment. This piece of equipment is electronic. It has sensors that activate when kids walk under it. The Sona will ask the kids if they want to play a game and then the kids can choose between multiple games programmed into the Sona. Through sensors under the shapes in the surfacing kids can play math games, memory games, and musical chairs. The Sona will shut off after the kids leave. 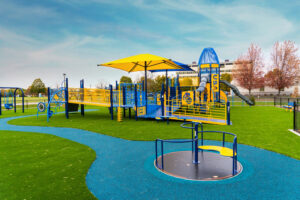 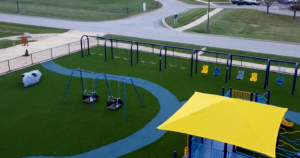 Hope D Wall School is a public school in Aurora that serves children with disabilities. At this playground, Green-Up worked with Play Illinois installing Burke play equipment. The structure was designed for children of all ages and abilities. The playground also includes swings that will accommodate wheelchairs. 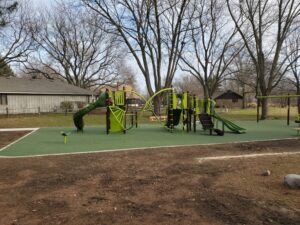 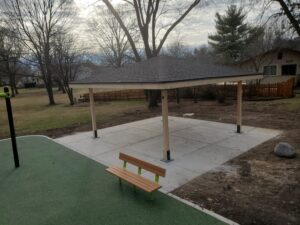 This playground is located in a private subdivision in Sugar Grove. Green-Up worked with NuToys Leisure Products on this job. The entire existing park was demolished and a new Landscape Structures playground was installed with poured in place surfacing. A Cedar Forest Product shelter was installed of to the side of the playground so the residence would have a place for shade and to protect themselves from the elements.